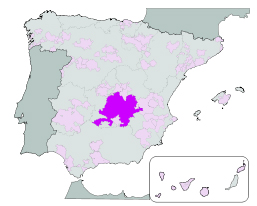 Soil:  is very homogenous throughout the region and tends to be flat. It is formed of reddish-brown sandy clay, poor in organic material, and rich in lime and chalk.

Wines:
Young are produced by controlling the fermentation temperature to better maintain their aromas. They should preferably be consumed in the same year of harvest to achieve their full aromatic potential.

White are majority airen. They are fresh and fruity but sometimes they have tropical fruits such as pineapple, banana or melon and some limited in the mouth. There are some other more well-balanced and equipped made from macabeo. They are fruity, fresh and nicer to drink.

Rose have a color from skin onion to rosy color; on the noise are fresh and fruity; in the mouth are smooth and very light.

Red are pretty similar to the traditional Rioja wines in terms of its perception of crianza.

No products found which match your selection.